Commissioned with Confidence, Payment in Cuddles 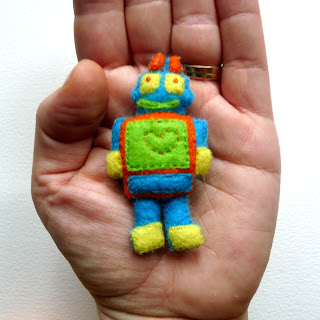 Or: “Miniature Things I Have Made At My Daughter's Request”

My three and a half year old daughter is my biggest fan. Anytime she sees me stitching anything, or comes across something I've finished, she exclaims with adorable enthusiasm, “Mummy, that's AWESOME! I love it!” or some similar exclamation, inevitably followed by, “Can I have it?” Bless her. If she had her way, her tiny bedroom would be overflowing with Mummy's creations. Obviously, I say “No” a whole lot. So every now and then when she requests something specific, I like to oblige her.

A while back, she saw another baby at Mothers' Group with a robot toy, and she declared that her Quackybaby (duck wheat heat that is her closest companion) LOVES robots and really wants a tiny Quacky-sized toy robot, but it needs to be soft so he can take it to bed at nap time. Then came the, “Mummy, can you sew one for Quackybaby?” Her delight in seeing the finished product was more than a little gratifying. She promptly named the robot “Tick-Tock”, and loves to make Quackybaby's arms cuddle it. She also frequently loses Tick-Tock down the side of the bed. 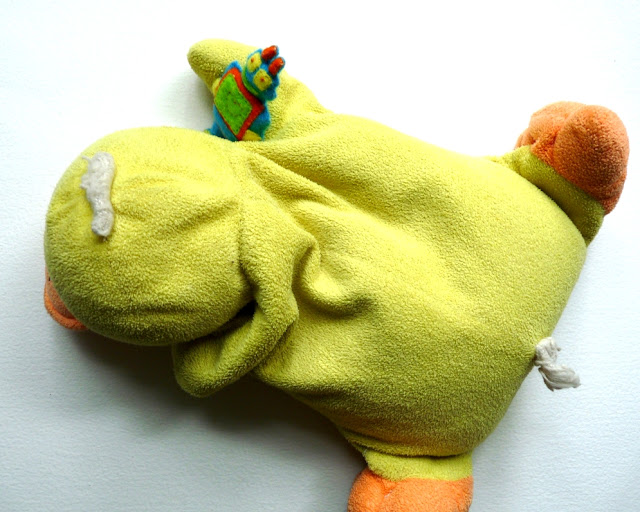 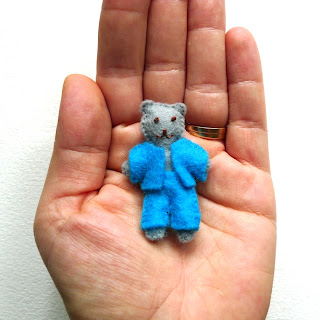 More recently, while she was playing with her Quiet Book during a car trip, she announced that she needed a tiny teddy to go in the bed on the bed-making page. "You can make me one, Mummy!" she states with certainty that makes me feel warm and fuzzy inside. That night, while she slept, I pulled out my travel stitching supplies and just happened to have enough felt scraps to make her a tiny teddy in pajamas. Win.

Earlier this week, I woke up to this same sweet, quirky girl clambering into my bed, whimpering that she wanted to go to her grandparents' place. Once I calmed her down, I was able to ascertain that it was not actually her grandparents she was pining for, but rather a little penguin softie she played with while there on a recent visit. "Penguins are my FAVOURITE! Please sew me one, Mummy." I told her I couldn't that day, as we had a busy day planned. So next day, as she was heading to bed for her nap, she reminded me of the penguin I had supposedly "promised" to make. "How about you sew it while I am having a rest, then when I get up, you can give it to me. Is that a good idea?" "Ummmm...not sure I'll finish it by the time you finish your rest, Sweetie," I replied. "But you can try, hey." 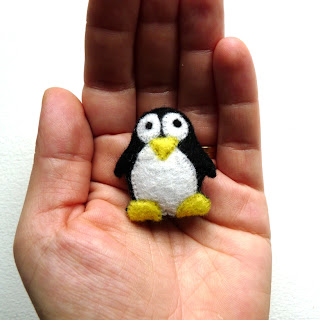 Ahhh, the sweet confidence. The delightful joy upon receiving her "order". I have asked myself more than once, "Am I spoiling her?" But my answer to myself is this: "She has a Mummy who spends many hours making stuff for other random people she doesn't know. It is good for her to benefit from these sewing skills for herself, and it's good for her to catch a love of creating and a confidence that it can be done. In a few years, she will have seen this process of design, sketch, cut out, stitch enough times that when she wants a new softie, she may actually sit down and make it herself."

Of course, she may not. But I suspect she will.

#icantresisthersewingrequests
Posted by Candy at 08:27